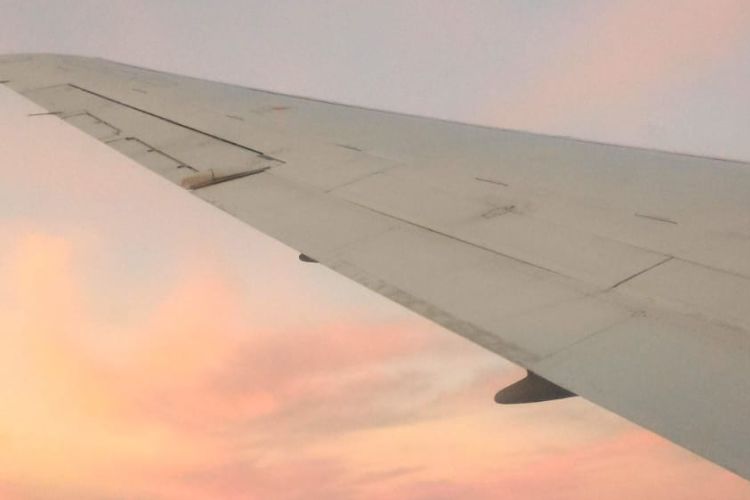 I wish to acknowledge the help provided by Massimiliano Greco at Associazione Informagiovani and Daniela Bellomonte at Centro Tau  for their professional guidance and valuable support during this project. 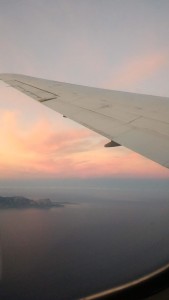 Sicily has a long standing tradition of being populated by foreigners.  It’s the land of blended culture, the remnants of thousands of years of history present in the people, the dialects, the art and the cuisine. It was this knowledge that allowed me to embark on this journey without fear: I would be a newcomer but I would be welcomed in this concoction of people that are so different from each other and at the same time alike.

Nevertheless, the Palermitan feeling remains in the streets since the pride and nationalism of the people is poignant on every corner of the island. Everywhere you look there is evidence of its past, the blended architecture from the middle east with the ostentation of the renaissance scattered along the way. The fruit markets decorate the old roads and the pictures of Santa Rosalia adorn the houses of the population – that come out with fervour on hot summer nights do pay homage to their religious patron – and give the city of Palermo a communal feeling that is impossible to recreate. 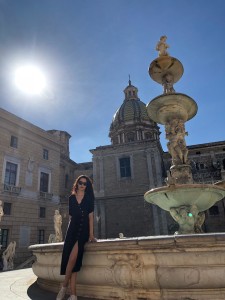 I arrived in July, in the middle of a heatwave. I remember the day as if had happened yesterday, the blast of heat I received when the plane gates opened. I wasn’t prepared for it, considering I had taken a middle of the night flight, and the Mediterranean weather is always a surprise for a Portuguese like me. The view from the airport was already magical enough to make me  forget about  the sweat gathering at my temples at eight in the morning, and for a couple of blissful minutes I could ignore the imminent heatstroke in favour of sightseeing.

The next couple of weeks were a mixture of adapting to the culture, trying to figure out how to order coffee the way I like in Italian (spoiler alert, I never did)  and evaluate how my next months would be spent. Palermo has an incredible offer of cultural activities, and so much traditional food you can spend weeks trying it out. The museums offer the opportunity to see art from ancient Greece, as well as contemporary artists that speak of social movements of inclusiveness and acceptance. Mondello beach is a tropical paradise that I cannot get enough of, even now during the winter, and the Tyrrhenian sea was great company during the scorching heat.

However, I didn’t move to Sicily for touristic reasons. I signed up to volunteer at the youth centre Centro Tau, a place in the heart of the Zisa neighbourhood.

When I first went to my place of work, I fell into the trap that all the tourists do: I only saw the smelly trash on the sidewalks, the disorganisation of the unmarked pavement, the rotting fruit left under the scalding sun, the people roaming the streets without apparent purpose. 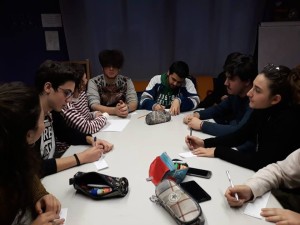 It was after months being here that I got over my initial prejudices and saw this community for what it was: full of life, dynamic and vibrating with young people full of potential. The people that gather around the street do have a place and an important position, to help unite the local population in its diversity and peculiarities that make Palermo what it is. The stigma of mafia is still around in every corner, as well as poverty; but that doesn’t stop Centro Tau from trying to engage the youth and create opportunities. They provide english classes, teacher workshops, self-defence courses and so much more. Together they are equipping the locals with tools that can help them improve their life and develop their sense of civic duty. 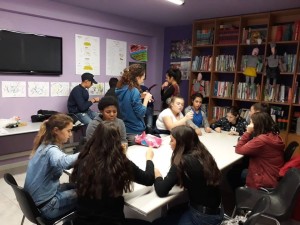 My volunteering job was to assist the educators and other senior volunteers with their tasks such as giving English lessons to teenagers with non-formal methods, organize media workshops and support children with their homework.

I can say that I learned a lot about empathy, project management, leadership, teamwork and adaptability. I found how open and compassionate children can be; always happy to greet me with a smile and kind words, expressions that I eventually adopted as part of my vernacular, an exchange of idioms that made us all richer. 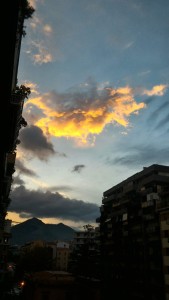 There were difficult times too, days where my country seemed too far away and communication was stilted as my Italian is not fluent. Homesickness is as real as any other affliction, since it makes the heart ache and the belly hurt, and although there isn’t any remedy for it, it can me managed: long Skype calls, friends willing to listen and a good old care package from parents. 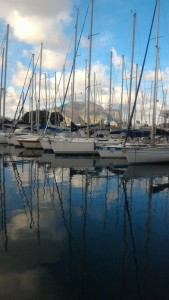 Volunteering is not only about servicing a community, but also about building character and finding out about the power that lays in vulnerability. There is strength to be found in the hard moments, a lesson in the quiet silences of living alone, empathy with oneself that can only be created after rising up against self-doubt. I will leave with a new insight on life, brought to me by everyone I have worked with, lived with and shared incredible moments.

The people I have met along the way (however brief our time together has been) will be a part of the milestones I achieved this year simply by gifting me their company and attention.

Overall, I had a great experience living in Italy and allowing myself to broaden my horizons with this opportunity. I hope I can come back to Palermo someday as I think we are not finished with each other yet. 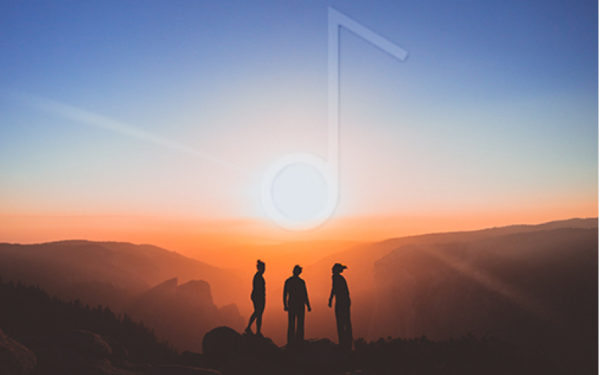 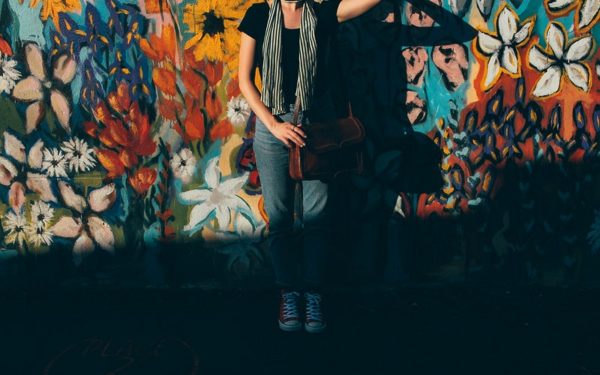 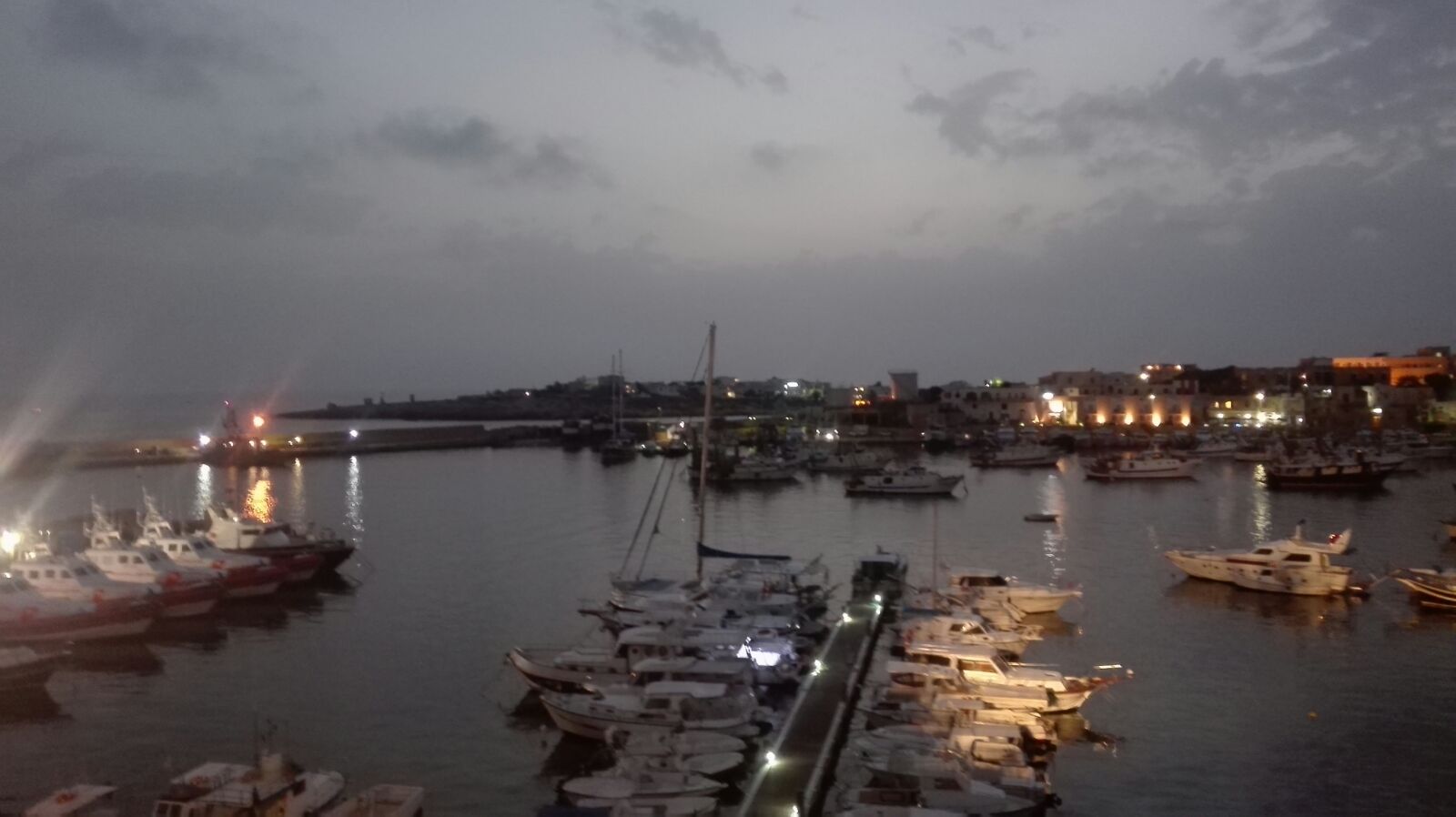 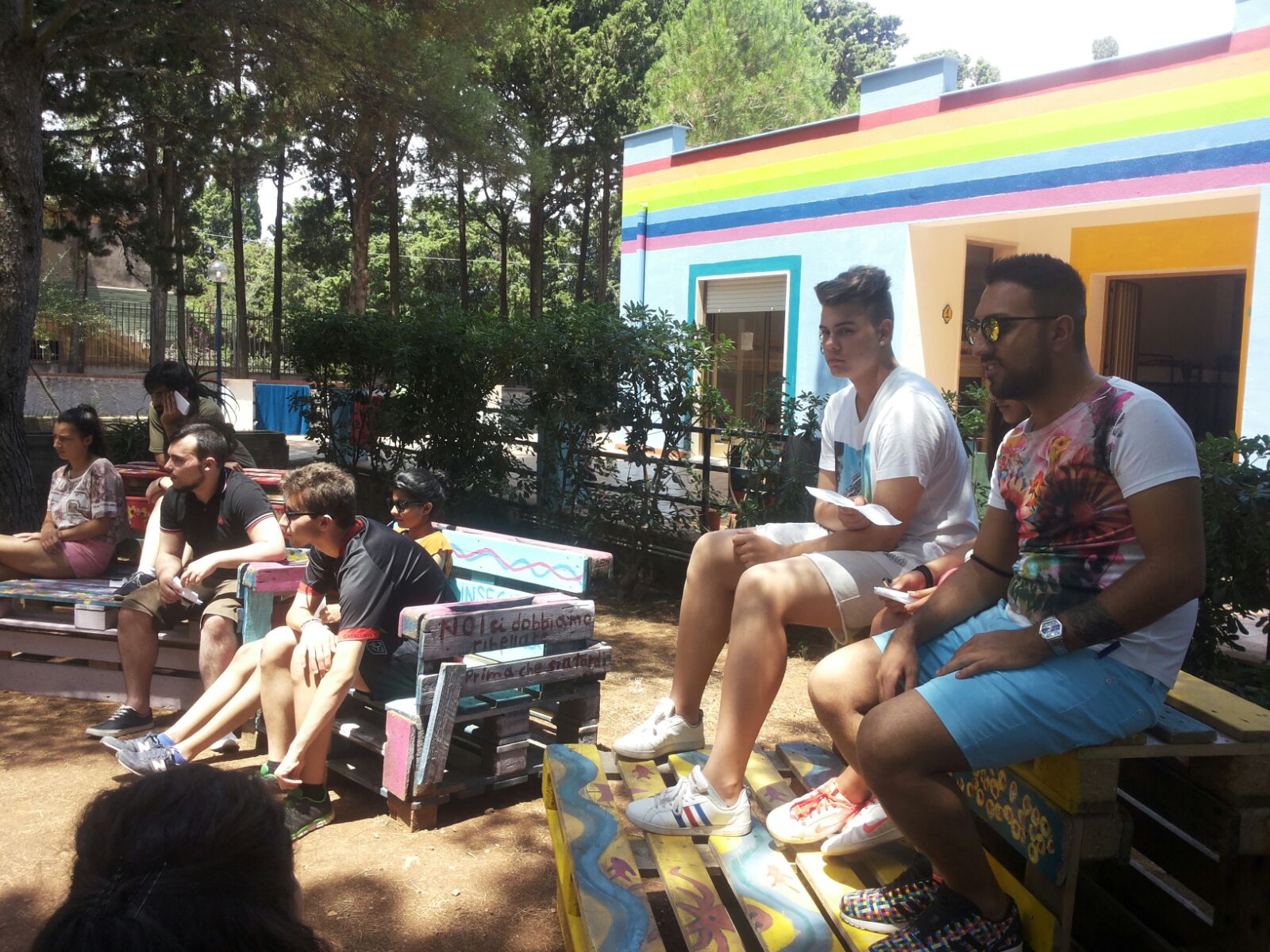